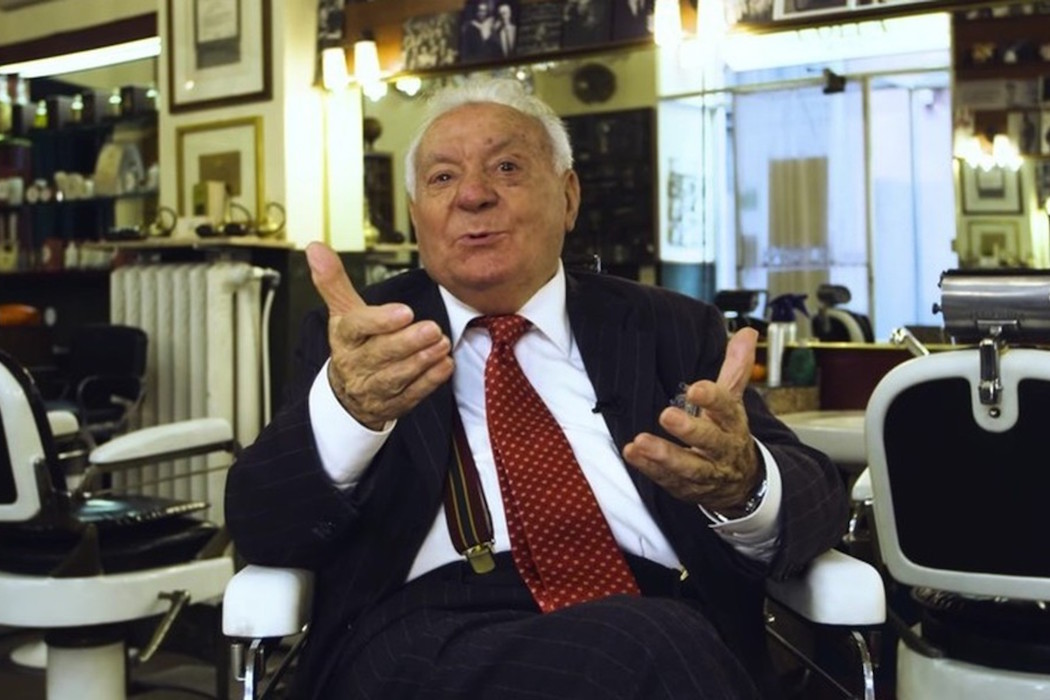 In his Antica Barbieria Colla shop, which first opened in 1904 and is one of the oldest traditional barber shops in Milan, 82-year-old Franco Bompieri doesn’t just cut his clients’ hair. In the video, he takes us through his process, explaining in Italy a haircut is first done with scissors and a comb, then finished with fire. He literally uses a thin candle to burn off the ends.

Why? It makes the hair fuller, and according to Franco, stops it from falling out. Franco admits he is from a different era, but still believes the old ways are the best. He also explains that the barber used to be an important member of society, which has all now changed, before finishing by saying: “You have hair, don’t let it get cut badly.”